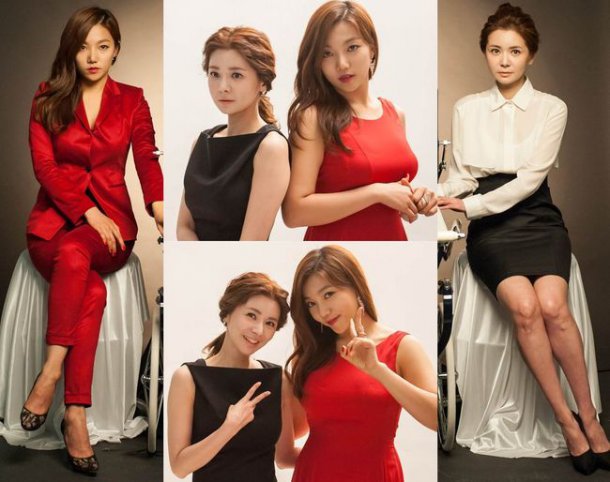 "Cuckoo Nest" starring Jang Seo-hee and Lee Chae-young is in the middle of poster making.

The two women in the pictures create an intense but secretive atmosphere.

Their contrasting images show what character they are going to be like in the drama and it reveals their unavoidable fate of conflict.

Jang Seo-hee is wearing a black and white outfit, looking elegant and proud. She looks weak and soft but she's one with innocence and strength within her. She takes on the role of Baek Yeon-hee.

Lee Chae-young is wearing a red dress that shows her off volumes and looks intimidating enough with her femme fatale eyes.

The two of them worked very well during the poster making and actually are quite good friends.

Meanwhile, "Cuckoo Nest" is about a woman whose brother was killed seeking revenge by becoming a surrogate mother and protecting her life and child. To be broadcasted on the 2nd of June after "Women By Nature".

"Jang Seo-hee and Lee Chae-young in the making of posters"
by HanCinema is licensed under a Creative Commons Attribution-Share Alike 3.0 Unported License.
Based on a work from this source