Jang Seo-hee, "what's the secret to looking young?" "To be honest, it's the makeup" Bursts of Laughter 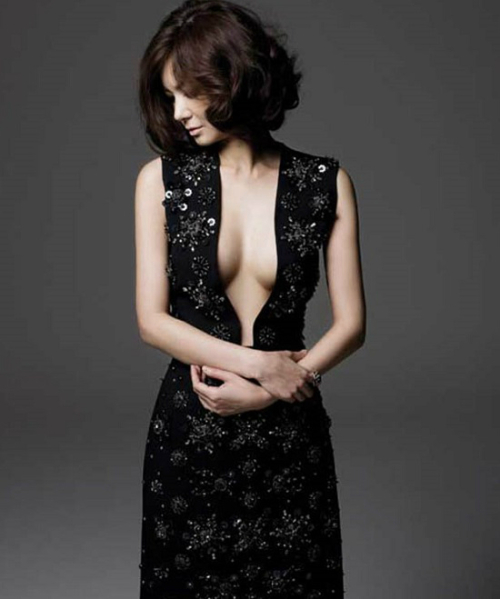 Actress Jang Seo-hee, who has been in the spotlight because of the physical interaction she had with her "pretend" husband when she appeared on the variety show "With You", is also being talked about because of the statement she made in the past about her secrets to looking young.

Jang Seo-hee, while attending the junket for her movie "Secrets, Objects" in 2011, showed off her gift of the gab. At the time, Jang Seo-hee got a big laugh out of the crowd by responding to the question of "How do you maintain you beauty?" by saying that "To be honest, it's the makeup".

On the 23rd, the happy scenes of Jang Seo-hee, who is pretending to be married, giving a massage to Yoon Gun and doing couple's yoga was broadcast on JTBC's "With You Season 2-Greatest Love".

"Jang Seo-hee, "what's the secret to looking young?" "To be honest, it's the makeup" Bursts of Laughter"
by HanCinema is licensed under a Creative Commons Attribution-Share Alike 3.0 Unported License.
Based on a work from this source