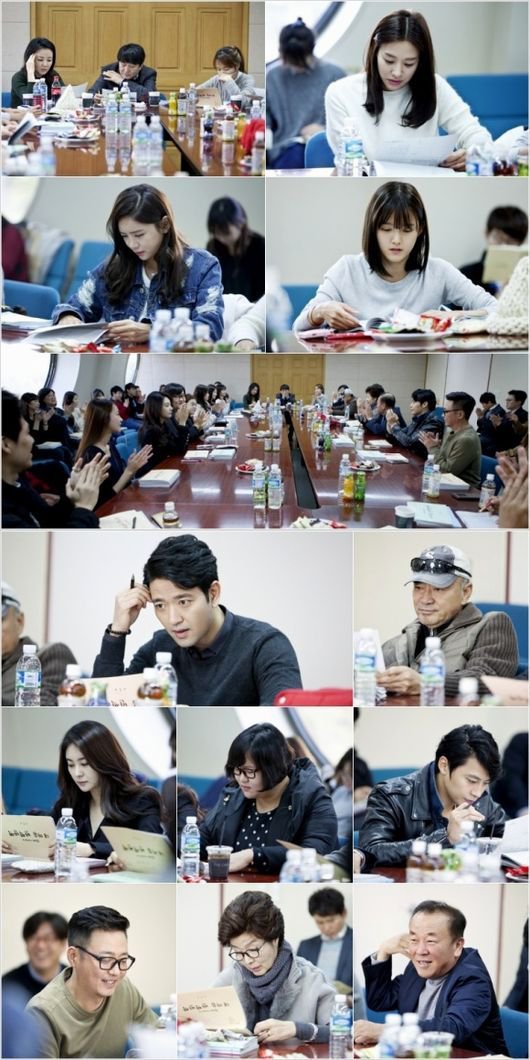 The cast and crew of "My Heart Shines" which is due on the 17th of January, got together at the SBS Production Center in Tanhyeon. Jang Shin-young, Bae Soo-bin, Lee Tae-im, Nam Bo-ra, Son Eun-seo, Ha Jae-sook, Jung Eun-woo, Lee Deok-hwa, Yoon Mi-ra, Im Hyun-sik, Yoon Da-hoon and the others including producer Oh Se-kang were there.

Jang Shin-young, Lee Tae-im and Nam Bo-ra play in the role of three sisters: Lee Soon-jin the oldest, Lee Soon-soo in the middle, and Lee Soon-jeong the youngest. Bae Soo-bin claimed he didn't get much sleep thinking about his character and showed up with his worn-out script.

Samhwa Networks say, "The cast synchronize 100% with the characters and the first reading session was very successful. We are sure they are going to take over the weekend in early 2015".

Meanwhile, "My Heart Shines" is a story of two families who are mixed up with each other and is produced by Oh Se-kang from, "Golden Era of Daughter in Law", "My Too Perfect Sons" and more.

"Jang Shin-young and Bae Soo-bin at a script reading session"
by HanCinema is licensed under a Creative Commons Attribution-Share Alike 3.0 Unported License.
Based on a work from this source