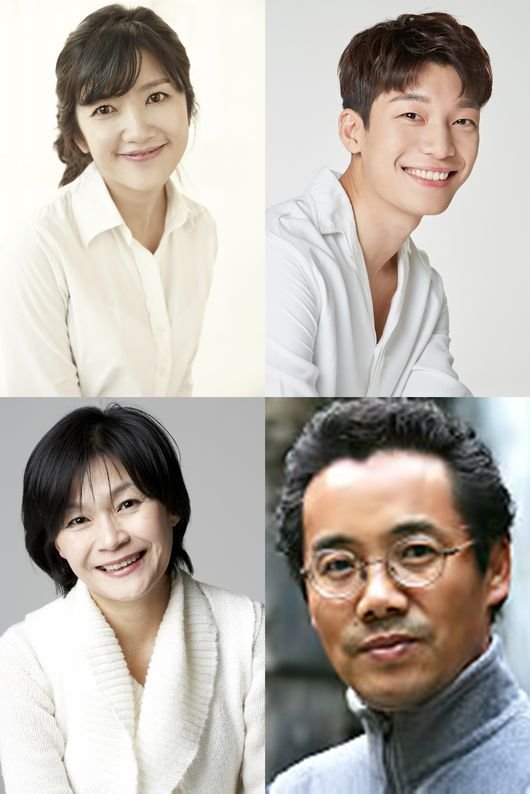 It is the story of a woman and a younger man who have known each other for ages, but now see each other in a new light. Jang So-yeon, Wi Ha-joon, Kil Hae-yeon and Oh Man-seok-I appear as Yoon Jin-ah (Son Ye-jin) and Seo Joon-hee's (Jung Hae-in) supportive family members.

Jang So-yeon takes on the role of Joon-hee's sister Seo Kyung-sun. She runs a coffee shop and she is sure about her dislikes, but her only goal in life is to live happily with her brother.

Wi Ha-joon from "My Golden Life" is Jin-ah's brother Yoon Seung-ho. He's smart and went through a doctor's course. He's the pride of the family and his mother's only hope.

Jin-ah's mother Kim Mi-yeon is played by Kil Hae-yeon and her father, Yoon Sang-gi, is played by Oh Man-seok-I. Mi-yeon is sensitive about what people think about her and Sang-gi is modest and mild. Their daughter, who is now over 30 and still single, and their son Seung-ho who is still in school, are their biggest tasks.

Son Ye-jin and Jung Hye-in have already been cast as the leading roles.

"Pretty Sister Who Buys Me Food" is directed by Ahn Pan-seok and written by Kim Eun.

"Jang So-yeon, Wi Ha-joon, Kil Hae-yeon and Oh Man-seok-I Join "Pretty Sister Who Buys Me Food""
by HanCinema is licensed under a Creative Commons Attribution-Share Alike 3.0 Unported License.
Based on a work from this source