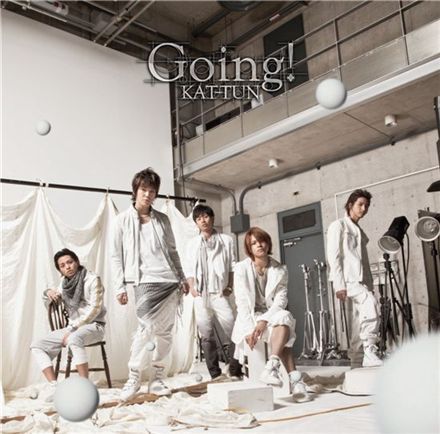 Japanese idols KAT-TUN have revealed in a monthly magazine that they want to meet Korean actress Han Hyo-joo.

According to an interview the group conducted with Japanese magazine TVnavi, the members talked about their upcoming Asia tour beginning this month in Thailand, Korea and Taiwan, as well as mentioning their interest in Han.

"We are looking forward to seeing a lot of pretty women in Korea. We heard somewhere that we are quite popular in the country", Tatsuya Ueda and Yuichi Nakamaru were quoted saying.

Tatsuya Ueda went on to say, "To be honest, I have someone who I would like to meet when I go to Korea. I want to meet the female lead from the drama "Shining Inheritance. She is so pretty".

"Since she is familiar with the culture in Japan she knows who KAT-TUN is. She is also interested in the band and wants to thank them for their interest", a representative from Han's agency BH Entertainment stated in response.

KAT-TUN, who made their debut in March 2006, have recorded numerous hit songs in the country including "Real Face", "Signal" and recently "Going!"

Actress Han has appeared in several movies and dramas including "Spring Waltz" and "Iljimae" since making her debut in 2004 through MBC sitcom "Nonstop 5". She then shot to superstardom after starring in "Shining Inheritance" last year which recorded ratings of over 47 percent.

She is currently starring in the historical epic "Dong Yi".