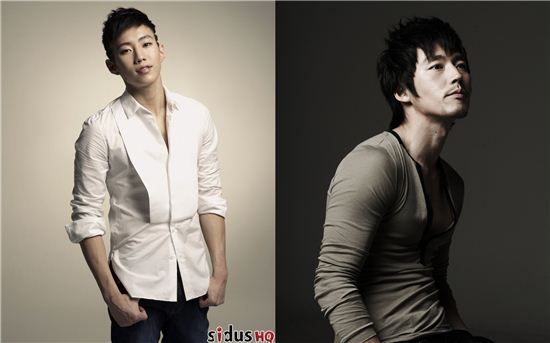 Actors who were cast for upcoming SBS TV series "Secret Garden", including Jang Hyuk and former boy band 2PM leader Jay Park, are said to have withdrawn from the show.

According to multiple sources, actor Jang Hyuk who was set to play the male lead and actress Kim Sa-rang decided to pull out from the drama after Park's casting for the show fell through. All three are managed by major talenthouse SidusHQ.

Although officials had not confirmed Park was cast for "Secret Garden", his agency SidusHQ had said earlier this month that negotiations are "going positively" and they are waiting for a response from the show.

Park was set to play the role of a gifted singer in the fantasy melodrama by producer Sin Woo-cheol and scenarist Kim Eun-sook, the duo famous for creating smash hits "Lovers in Paris" and "On Air".

Officials working with Jang Hyuk have said the actor's withdrawal from the show "has not been set as of yet" but several industry sources have accepted his exit from the show as fact.

Park, whose Korean name is Jay Park, joined SidusHQ this summer when he returned to Korea for the first time in months after splitting from 2PM. He has taken on a solo career in singing and acting since, releasing his debut album and filming Korea-U.S. b-boy pic "Hype Nation 3D".

Jang Hyuk of smash hit TV series "The Slave Hunters" is set to star in the Chinese remake of hit Korean drama "All About Eve", to premiere in China in September.

"Jay Park, Jang Hyuk set to leave "Secret Garden""
by HanCinema is licensed under a Creative Commons Attribution-Share Alike 3.0 Unported License.
Based on a work from this source