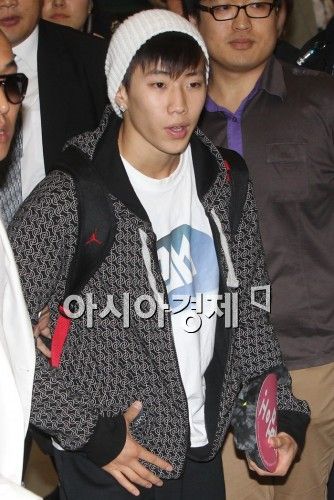 Boy band 2PM's former leader Jay Park is likely to be cast in an upcoming SBS TV series tentatively titled "Secret Garden", according to an official with the show on Tuesday.

"We are currently negotiating on his appearance, with him in mind for the role of new singer Sun", the official explained.

Sun will be a gifted singer who has been hurt by the fact that the reason his father left his family is because of his mother's affair with another man.

Producer Sin Woo-cheol and scenarist Kim Eun-sook, famous for creating smash hits "Lovers in Paris" and "On Air", have teamed again for "Secret Garden", a fantasy melodrama which revolves around incidents occuring between reality and a game.

Actor Jang Hyuk has been set to play the lead role and Yoon Sang-hyun and Kim Sa-rang are also strong candidates for the cast.

Park, 23, is in final stages of talks on signing an exclusive contract with top Korean talenthouse SidusHQ.

His solo debut single album, featuring the English, Korean and remix versions of song "Count on Me", went on sale today.

Park debuted as the leader of popular K-pop band 2PM but he left the group and the country last September when controversy fired up over remarks he had written on his MySpace account while a trainee at agency JYP Entertainment (JYPE).

He had been staying in the U.S. since, dancing with his b-boy crew Art of Movement and signing with U.S. online media company Digital Media Wire (DMW) to manage his global career.

He returned to Korea on June 18 to begin filming for the b-boy pic "Hype Nation 3D".

"Jay Park likely to appear in new SBS drama"
by HanCinema is licensed under a Creative Commons Attribution-Share Alike 3.0 Unported License.
Based on a work from this source