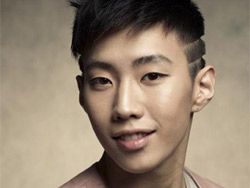 Jay Park is doing pretty darn well on his own.

After releasing his mini-album "Nothin' On You" just two weeks ago, the now solo singer saw about 700 million won in album sales. 50,000 hard copies of the album were sold in addition to the 200 million won in digital sales. In an age where illegal downloading and music piracy is common, these kind of figures are not easy to come by.

The song "Nothin' On You" holds special meaning to Jay Park not only because it's his first solo project following his departure from the group 2PM, but also because this was the song that really caught the public's eye during his absence from Korea. He uploaded his own rendition of B.o.B'.s popular track onto YouTube last February, attracting one million viewers on the first day alone!

Soon after the video went viral, Park's official rendition of "Nothin' On You" was whipped into mini-album form in just five months. It has already hit number one on various online music charts, has been sold out in hard copies, and had to be put into a second round of CD production. It was also recently announced that Park will be performing at the Summer Week & T beach festival which runs from August 6-7, alongside names such as Kanye West and Lupe Fiasco.

Also on his current agenda, Jay Park is continuing the shooting of the film "Hype Nation 3D". His agency, Sidus HQ also revealed that the young entertainer is being considered to play a role in the new upcoming drama "Secret Garden". On top of all this, in about a month, on August 28th, Park is scheduled to hold a fan meeting -- Jay Park Fan Meets Tour 2010 -- at Korea University in Seoul.