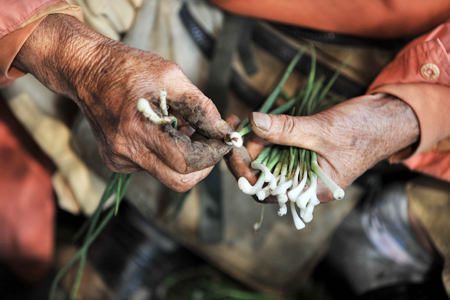 An old woman trims chives at "halmangjangteo", or the marketplace for women over 65 selling homegrown vegetables, at the Jeju Island market that is held every five days in Dodu-dong, Jeju Island.
/ Korea Times photo by Shim Hyun-chul

Having been around for more than a century, it is one of the most historical and largest markets traditionally held every five days in Korea. The market, which provides an intimate insight into the life on Jeju Island, attracts numerous tourists.

It is said that the market originated at the end of the Joseon Kingdom (1392-1910) as a transaction point for "bobusang", or bag merchants held in front of Gwandeokjeong, a historical pavilion. Then the market moved to Geonip-dong area in northern Jeju Island. In 1950, the market took place at a refugee camp.

A free parking lot for 1,400 cars is available as well. Though it is a folk market, it also offers fresh local produce and clothing. There is a special section called "halmangjangteo", or marketplace for grandmothers. There, grandmothers above the age of 65 sell home grown vegetables.

Located conveniently near the Jeju International Airport and Jeju Intercity Bus terminal, the market is accessible to both people from the island as well as those from outside. 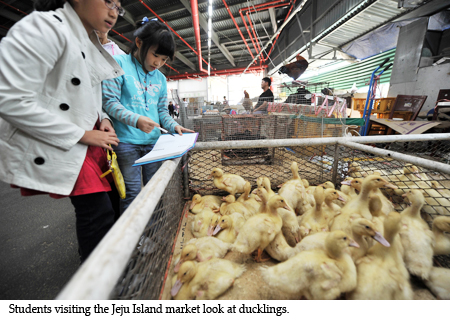 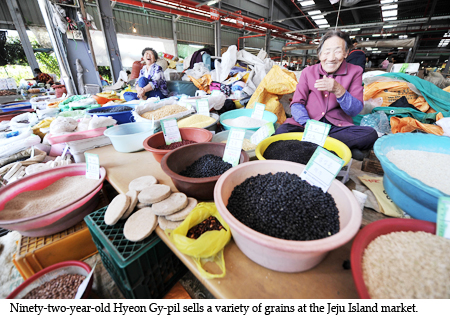 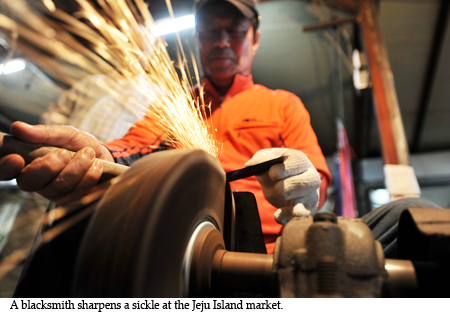 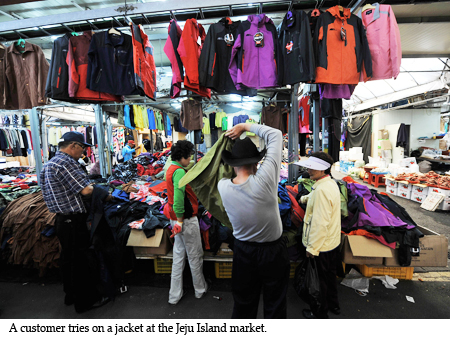 "Jeju Island Five-Day Market"
by HanCinema is licensed under a Creative Commons Attribution-Share Alike 3.0 Unported License.
Based on a work from this source