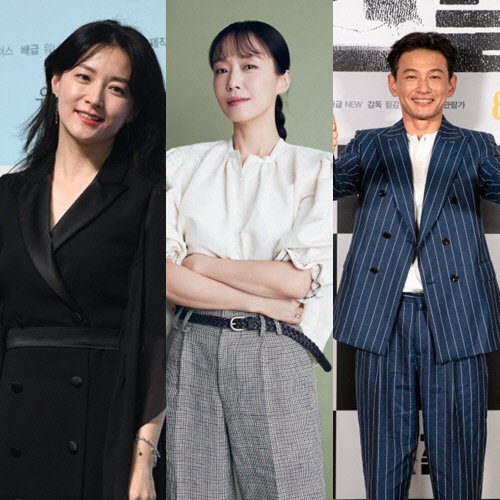 Actors who have stayed in the movie industry for a long time, are making their comeback to dramas in the aftermath of COVID-19. Actors such as Jeon Do-yeon, Lee Young-ae, and Hwang Jung-min return to the small screen for the first time in four to five years.

Jeon Do-yeon made a comeback with JTBC's "Lost" five years after tvN's "The Good Wife". Having made a special appearance in the movie "Hostage: Missing Celebrity", she worked hard on screens such as "Emergency Declaration" (2020), "Beasts Clawing at Straws" (2020), "Ashfall" (2019) and "Birthday" (2019) and she was never seen in dramas. Jeon Do-yeon, along with Ryu Jun-yeol, will present a human melodrama story about two men and women who are lost in their lives in "Lost". Lee Young-ae will return to JTBC with "Inspector Koo", four years after "Saimdang: Light's Diary" (2017). She looked beautiful in a Hanbok in "Dae Jang Geum" and "Saimdang: Light's Diary" but in "Inspector Koo", she will try to transform herself into a comic detective play as an insurance investigator. Actor Hwang Jung-min, who is contributing to the success of Korean films with "Hostage: Missing Celebrity", also made a visit to dramas for the first time in eight years with JTBC's "Hush" last year.

Due to the prolonged COVID-19, the film industry is struggling. Although the movie "Escape from Mogadishu" succeeded in attracting 3 million viewers at the break-even point, officials say in unison that it would have been possible to record twice the audience without COVID-19. In 2019, before COVID-19, the annual audience reached 226.67 million, and there were five '10 million-hit movies' including "Extreme Job", "Parasite", "Frozen 2", "Aladdin" and "The Avengers: The Endgame". However, it is now difficult to find a movie like that. A movie official said, "The film production has decreased by 1/10", adding, "It has become common for movie releases to be delayed and sometimes even production is not possible". The official added, "Without OTT, there is no hope". Another entertainment official said, "The movie industry is so difficult. It seems that actors who mainly star in movies are coming out to dramas or small theaters", he said. "In particular, as the platform OTT is booming, there are many movies that stand in line for OTT".

In the early days of COVID-19 last year, a number of movies chose to go to OTT. Numerous films, including the films "Night in Paradise", "Sweet and Sour", "Time to Hunt", "The Call", and "Space Sweepers" were postponed several times due to the spread of COVID-19, and eventually released on Netflix. However, as COVID-19 is prolonged and production is not easy, actors who have lost their jobs are moving to dramas. Top actresses such as Go Hyun-jung, Song Hye-kyo, Jun Ji-hyun, and Son Ye-jin announced their comeback one after another in the second half of this year. An entertainment official said, "Unlike movies, dramas are longer and maintain a long stretch of viewership. This can act differently from movies that require actors to finish one work. However, the difference between movies and dramas has become ambiguous now that people often consume content through OTT".

In addition, original films presented by OTT and others are narrowing the gap between movies and dramas. Global OTT Netflix presents original content that seems to be the midpoint between dramas and movies in five to six episodes, not in a standardized length or format. "Kingdom: Ashin of the North" was also an hour and 33 minutes long, and "D.P" and "The School Nurse Files" also ended with six episodes. An official from Netflix hinted, "As we focus on the work itself rather than the form, it seems to be presented in the form that the producer wants the most".

As such, the prolonged COVID-19 situation has made it easier for top actors to meet viewers as they are expected to comeback to drama. The difficult film industry is making various moves through OTT as a small screen.