Jeon Do-yeon, "The Good Wife", "Let it be a smooth journey" 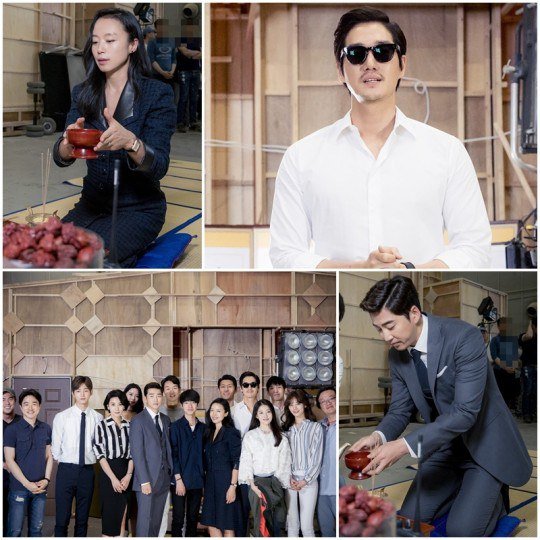 The new tvN drama "The Good Wife" is Korea's first remake of an American TV drama. Prosecutor husband Lee Tae-joon (Yoo Ji-tae) gets booked for scandals and corruption so his wife Kim Hye-jeong (Jeon Do-yeon) who quit working after getting married, has to get back up and return to her post as a lawyer at Seo Joong-won's (Yoon Kye-sang) law firm. The drama has been anticipated by many since the beginning of the making.

A ceremony for the drama was held on the 30th last month. Jeon Do-yeon, Yoo Ji-tae, Yoon Kye-sang, Kim Seo-hyung, Nana, Lee Won-geun and other casts and staff members as well as director Lee Jeong-hyo were there to wish the drama good luck.

Jeon Do-yeon made a speech saying, "I wish the drama travels a smooth journey". Yoo Ji-tae and Yoon Kye-sang agreed and paid their respects at the ceremony.

The ceremony meant a lot for everyone as most of the main cast were there. They all wished each other good luck and director Lee Jeong-hyo said, "Everyone is very passionate about the drama. I hope for all the best".

"Jeon Do-yeon, "The Good Wife", "Let it be a smooth journey""
by HanCinema is licensed under a Creative Commons Attribution-Share Alike 3.0 Unported License.
Based on a work from this source