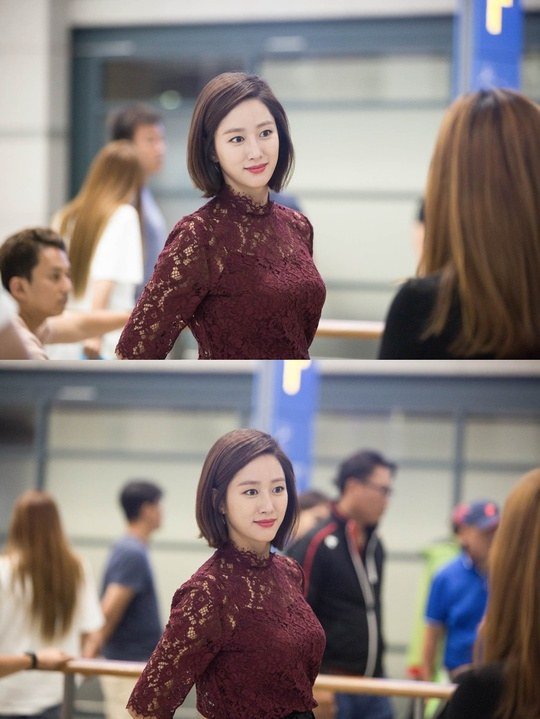 Jeon Hye-bin is becoming an antagonist as she cut her hair short.

She's starring in the new MBC drama "Woman with a Suitcase" as lawyer Park Hye-joo.

Jeon Hye-bin cut her long hair off to fit perfectly into this role.

In the pictures, she stands out amongst a lot of people. She has flawlessly fair skin with red lips.

This picture was taken to show Park Hye-joo's strong transformation.

After the first take, Jeon Hye-bin said, "I'm a little pressure by the fact that I am playing a 'bad' role. But I want to do it right. So, even though people might hate me, I hope they send me a lot of love and support".

Meanwhile, "Woman with a Suitcase" is a lawful romantic drama about a woman who once used to take over Seocho-dong, collapsing and getting back up again.

"Jeon Hye-bin cuts long hair and turns bad"
by HanCinema is licensed under a Creative Commons Attribution-Share Alike 3.0 Unported License.
Based on a work from this source