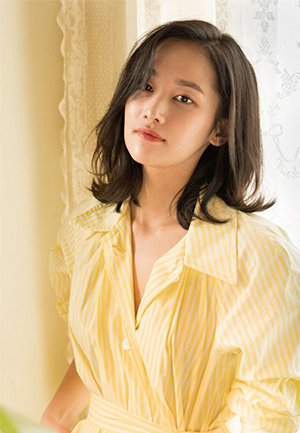 Actress Jeon Jong-seo spent more time in movie theaters than in the classroom while a film major at Sejong University because she felt she could not learn what she wanted at school.

She skipped most of her lectures, she admits, and instead immersed herself in films, which comforted and helped her to pull herself together whenever she was going through a hard time.

Looking to jump-start her acting career, she joined a management agency and attended her first audition, for director Lee Chang-dong's film "Burning". And she struck gold earlier than expected when she landed the lead role at her very first audition.

What's more, before long she was walking the red carpet in Cannes, after "Burning" was invited to the competition section of the prestigious French film festival this year.

"It would have to be a once-in-a-lifetime stroke of luck that my first audition was for "Burning", and it became my debut film. The things I learned while making that movie will stay with me forever", she said.

Filming began less than a week after she received the script. "I didn't even have time to watch the director's previous films or read the original book by Haruki Murakami. Everything was unfamiliar and weird to me. Standing in front of the camera for the first time, I didn't know what to do", the actress recalled.

Jeon feels hugely fortunate that she was able to learn her craft on the job, adding that the experience will be valuable to her in every step she takes from now on.

"I'm not a star at all. I feel a lot of pressure due to the attention I am receiving now. I'm just an actress who wants to act. I will always try to do so with sincerity", she said.