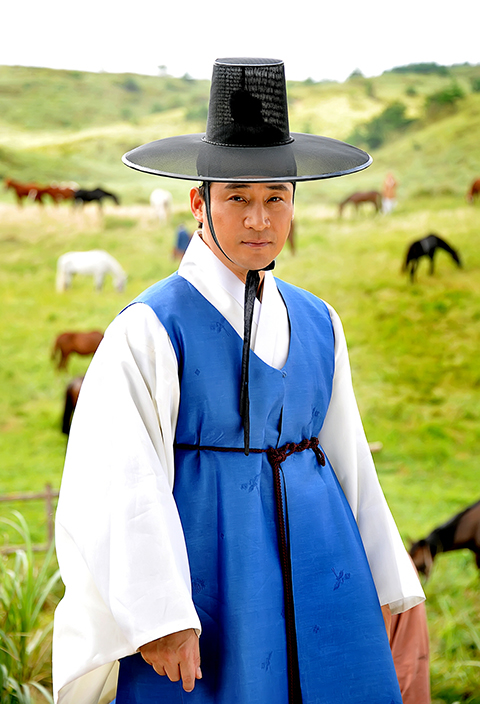 Jeon will appear as Kang Do-joon, father of Baek Gwang-hyeon (Cho Seung-woo) in the drama. Do-joon is a character who walks the path of a doctor but gets framed for conspiracy while digging for the truth of the crown prince's murder.

Jeon stated, "I was asked a favor by director Lee Byeong-hoon. There is a need for a justifiable character no matter what the generation".

"The Horse Healer" is a sequel to MBC drama "Golden Time" about the ups and downs of doctor Baek Gwang-hyeon.

The master of Korean historical dramas, Lee Byeong-hoon has the lead along with writer Kim I-yeong and the cast includes Cho Seung-woo, Lee Yo-won, Yoo Sun, Lee Sang-woo and others.

"Jeon No-min as Cho Seung-woo's father"
by HanCinema is licensed under a Creative Commons Attribution-Share Alike 3.0 Unported License.
Based on a work from this source