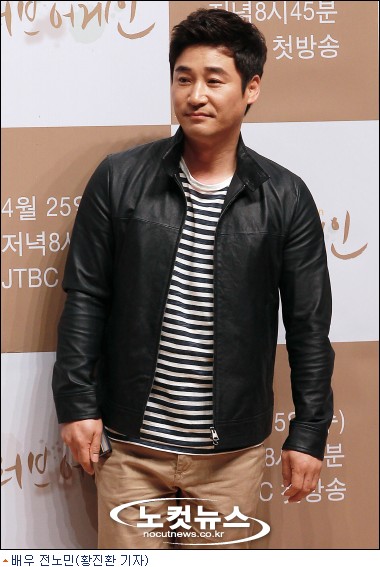 Actor Jeon No-min is making a special appearance in the KSB 2TV drama, "My Daughter Seo-yeong".

Lion Bridge claimed, "Jeon No-min will be making a short appearance in the drama as a magician. This is a favor from writer So Hyeon-kyeong and he is willing to do so regardless of the quantity".

Many are curious of how the drama will change by his appearance.

Cha Ji-seon, Seo-yeong's (Lee Bo-young) mother-in-law is a character who has become extremely depressed after learning the truth about her youngest son Kang Seong-jae's (Lee Jung-shin) birth. She is much more sensitive because of Lee seo-yeong and Kang Woo-jae's (Lee Sang-yoon) divorce.

The relationship between her unfaithful husband is on cold ice and the role of the magician by Jeon No-min might be the key to resolving the complicated situation Cha Ji-seon is in.

Meanwhile, Jeon No-min is departing for Nepal on the 16th for the making of tvN "Nine: Time Travelling Nine Times" and will be back for "My Daughter Seo-yeong" on the 22nd.

"Jeon No-min to make special appearance in "My Daughter Seo-yeong""
by HanCinema is licensed under a Creative Commons Attribution-Share Alike 3.0 Unported License.
Based on a work from this source