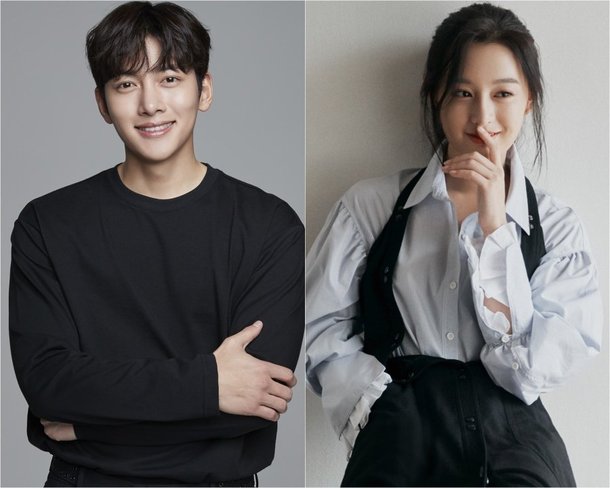 Kakao M announced that the two will be starring in "City Couple's Way of Love" and will begin filming very soon.

"City Couple's Way of Love" depicts the real love story of young people who live fiercely with another me in a complex city. It is expected that the fast but never light love method will be combined with colorful urban landscapes to provide unique fun. The first story of the season-based "City Couple's Way of Love" is subtitled "My Love Camera Thief", which tells the story of 'true' relationships between urban men and women who dream of 'another me' and enjoy the deviation of innocence in search of happiness and love, and those who know how to confront their lives more honestly and actively than anyone else.

"City Couple's Way of Love" is helmed by Park Shin-woo and written by Jeong Hyeon-jeong. Above all, attention is focused on the fact that it is the first digital drama by director Park Shin-woo and writer Jeong Hyeon-jeong, who are well versed in romance. Their work is anticipated as to how they will depict the emotions of the drama in a new type of grammar called 'short form'.

The meeting between Ji Chang-wook and Kim Ji-won, who will complete a thrilling romance, is also expected. Ji Chang-wook plays Park Jae-won, an honest and passionate architect. He is a romantic who loves the city's alleys and a hot man whose hobby is collecting hobbies. Park Jae-won can't forget the 'camera thief' who appeared and disappeared like a midsummer night's dream.

Ji Chang-wook said, "I am so excited to work with producers and writers I've always wanted to work with. This new drama on a new channel and in 'short form' can surely be looked forward to".

Kim Ji-won plays Lee Eun-oh, a freelancer marketer. Her real character is ordinary woman Lee Eun-ho but her sub-character is psychotic and free-spirited Yoon Seon-ah. She becomes a different person in a random place and falls in love with Park Jae-won (Ji Chang-wook).

Kim Ji-won said, "I'm thrilled to be working with great producers, writers and cast. I hope to make a different approach through Lee Eun-oh and I hope this drama brings fun to everyone in these hard times".

"Ji Chang-wook and Kim Ji-won Confirmed to Star in Kakao M "City Couple's Way of Love""
by HanCinema is licensed under a Creative Commons Attribution-Share Alike 3.0 Unported License.
Based on a work from this source