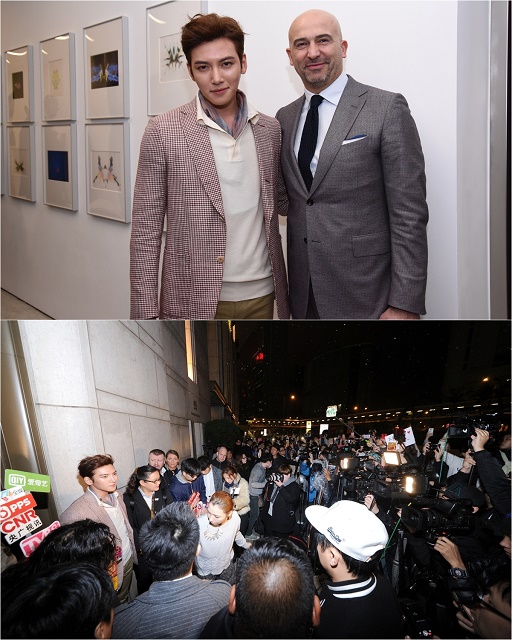 Actor Ji Chang-wook drew huge crowd that paralyzed the area around airport and the event venue in Hong Kong.

When Ji Chang-wook arrived at the Hong Kong airport to attend a VIP event by Alfred Dunhill, he was greeted by a huge crowd of his fans, who came to see him and was waiting there at the airport. Ji Chang-wook was pleasantly surprised by the unexpected huge welcoming crowd at the airport.

Especially, when he arrived at the White Cube Gallery in the central area of Hong Kong at 8 o'clock at night on March 5th, the huge crowd including the reporters, who came to cover Ji Chang-wook, and his fans filled up the area. The road around the area was paralyzed as a result. As some safety related issues could arise due to the situation, even the host of the event was surprised.

Although the event was prepared as a private event where eminent people from various fields in Hong Kong were invited and Dunhill's Creative Director John Ray attended, the opening of the event was delayed momentarily because of the situation.

Meanwhile, Ji Chang-wook is attracting heated attention while he continues with the busy schedule in Hong Kong including an interview with a major daily newspaper, Apple Daily as well as a pictorial shooting with a fashion magazine.

"Ji Chang-wook draws huge crowd at Hong Kong airport and event venue "
by HanCinema is licensed under a Creative Commons Attribution-Share Alike 3.0 Unported License.
Based on a work from this source