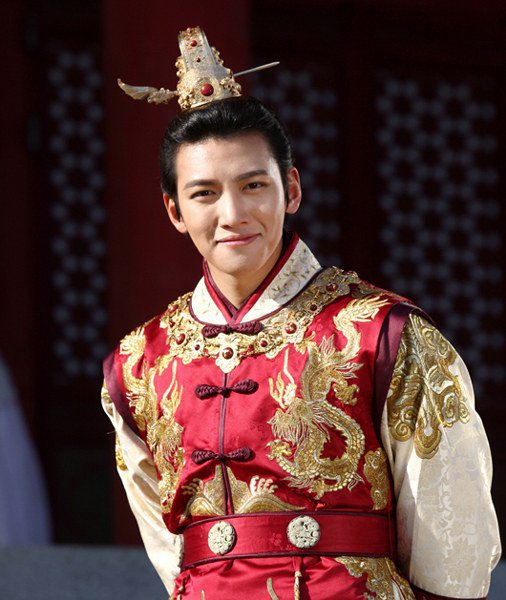 Actor Ji Chang-wook is about to step the stones to become the next Hallyu star.

Ji Chang-wook is going to visit China, Japan, Taiwan, Indonesia and other Asian countries after the copyrights have been sold. This time, he's expanding his steps from just Japan and solidify his position as a Hallyu star.

It stands out that he's following Kim Soo-hyun and Lee Min-ho's 'steps' who have also become famous overseas after succeeding with dramas in Korea. They made a big hit with dramas, "Boys over Flowers", "The Heirs" and "My Love from the Star" and stepped into China and Japan.

Ji Chang-wook might learn the procedures of those who have preceded him and layout his plans according to the local conditions. First, fan meeting "The Secret Show" will be performed at a musical gala show in Tokyo on the 17th and Osaka on the 7th. Since he has fandom in Japan for his musical "Those Days", Ji Chang-wook is preparing for another local fan meeting.

"Ji Chang-wook follows Lee Min-ho and Kim Soo-hyun in Hallyu"
by HanCinema is licensed under a Creative Commons Attribution-Share Alike 3.0 Unported License.
Based on a work from this source