Ji Chang-wook in "Fabricated City", "I thought hard about it" 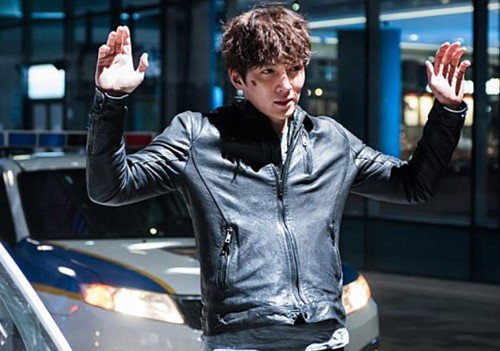 Ji Chang-wook is coming out with a movie. "Fabricated City" is a fresh new version of crime action movies.

The premiere of "Fabricated City" was held on the 31st of January. Ji Chang-wook said, "Making the movie was tough, but it was fun. I recall the difficult times the staff and cast had to go through".

"The scene in prison was the toughest. It's a short scene in the movie, but actually we had many takes. Being beaten and running was very difficult".

This is actor Ji's first movie and he said, "I thought hard after reading the scenario. There was something comical about it and I was worried if I could manage to handle a whole movie by myself in the first try. However, meeting the director gave me assurance and I decided to do it".

Ji Chang-wook said, "I hope the audience doesn't take the movie too seriously and take it lightly than it sounds".

"Fabricated City" is an action movie about a man who becomes a murderer in just 3 minutes and 16 seconds and seeks the truth to the case with his game members. The movie comes out on the 9th of February.

"Ji Chang-wook in "Fabricated City", "I thought hard about it""
by HanCinema is licensed under a Creative Commons Attribution-Share Alike 3.0 Unported License.
Based on a work from this source