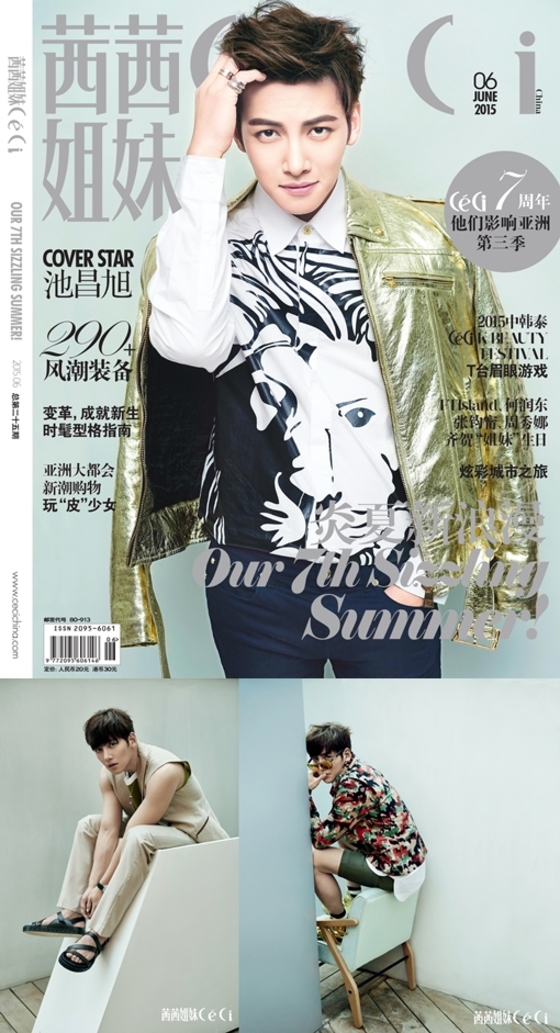 Ji Chang-wook had a pictorial shoot and an interview for the 7th anniversary issue of CeCi China recently.

In the revealed cover story, Ji Chang-wook wore a print shirt matched with a gold jacket. He looks absolutely gorgeous in the unique and dandy style. His well-defined facial features steal your heart.

He is capable of pulling off versatile and various styles perfectly any time. It is anticipated that this special ability will enable him to earn the women fans' hearts in the Chinese community fast.

While CeCi China has been starring most famous and popular Hallyu stars on their cover page, it proves Ji Chang-wook's elevated stance in China. Ji Chang-wook has been receiving offers from the countries all over Asia since he appeared in the KBS 2TV's hit drama, "Healer".

Ji Chang-wook also drew much attention when he was invited to the launching party of US fashion brand, KONUS. It is anticipated he will live up to the expectations as a fashionista as well as an actor.

Meanwhile, Ji Chang-wook is currently reviewing scripts for his next project.

"Ji Chang-wook melts your heart on the cover of CeCi China"
by HanCinema is licensed under a Creative Commons Attribution-Share Alike 3.0 Unported License.
Based on a work from this source