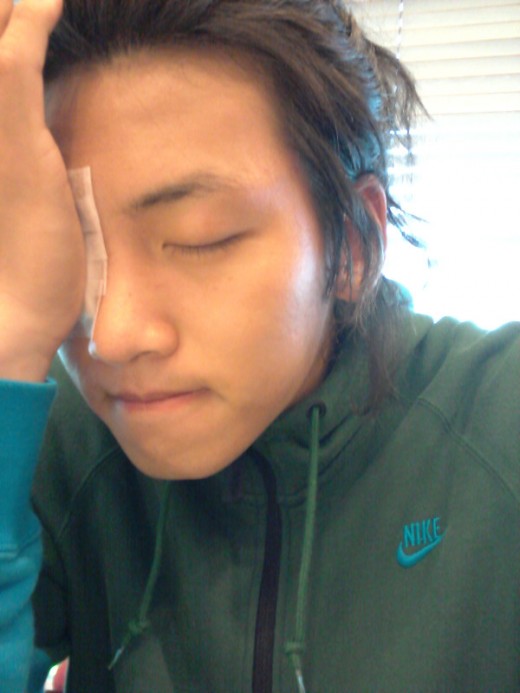 Ji Chang-wook eventually went to the doctors to get his eye sty removed and he posted a picture to prove it.

Through his Twitter on the 19th, he posted a picture with the title, "Eventually".

In the picture, he is one-eyed. He suffered with a sty for a few days and it didn't get any better but bigger, no matter what he did so he went to the hospital.

Those who have seen this picture say, "So you finally got it cut out? Get better soon", "You look really tires, get rest", "What's wrong with your eye? Is Baek Dong-soo going to be one eyed?" and more.

Meanwhile, Ji Chang-wook is currently taking on the role of Baek Dong-soo in the SBS TV drama "Warrior Baek Dong-soo".

"Ji Chang-wook shows he got sty removed"
by HanCinema is licensed under a Creative Commons Attribution-Share Alike 3.0 Unported License.
Based on a work from this source