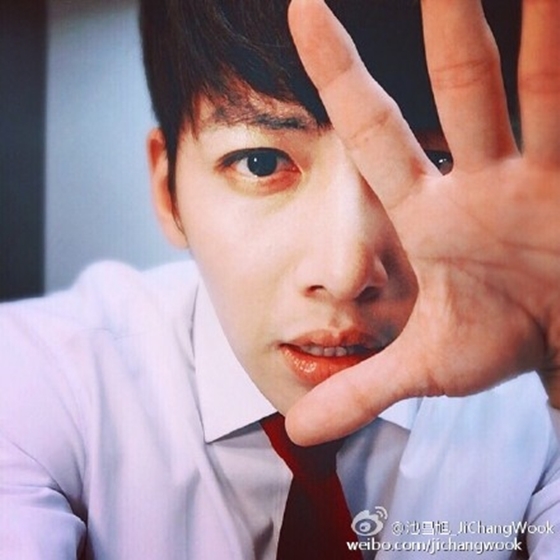 On April 19th, Ji Chang-wook posted his selfie on his Chinese SNS, Weibo along with a short caption, "'Those Days' in Busan Hi!!! It's Daejeon next time".

In the revealed photo, Ji Chang-wook, with his fingers fanned out covering half of his face, is staring towards straight ahead. Ji Chan-wook is dressed in neat dress shirt and wearing a red tie, completing the refined urban look. His sharp line of his face and the deep eyes are charming.

His fans said, "Ji Chang-wook, even his daily life looks like a pictorial", "I was in Busan too", "I'd like to run to the theater", "Ji Chang-wook, he's good looking as well as sexy" and so on.

Ji Chang-wook's has been performing in the musical "Those Days" in regional cities.

"Ji Chang-wook shows off his swoon-worthy face half-covered in selfie"
by HanCinema is licensed under a Creative Commons Attribution-Share Alike 3.0 Unported License.
Based on a work from this source