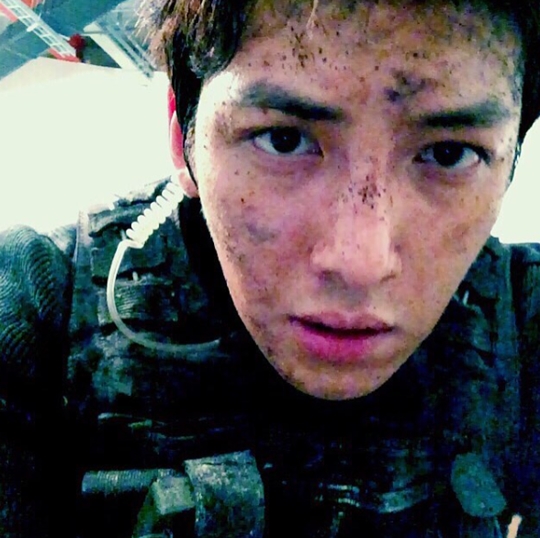 Ji Chang-wook has unveiled an unusual photo of himself.

Actor Ji Chang-wook has shared a photo of himself on his personal Instagram recently with hashtags # ManipulatedCity and #KwonYoo.

In the revealed photo, Ji Chang-wook in special costumes and with messy makeup is looking into camera lens. Ji Chang-wook's clean-cut look captivates his women fans' heart despite the muddy look.

The photo was taken while shooting director Bae Jong's new film, 'Fabricated City', starring him as the leading actor.

'Fabricated City' is a crime action movie depicting the story of Kwon Yoo (Ji Chang-wook), a man, whose entire life changed when he was falsely charged for murder for no reason and who fights through to uncover the truth of the crime.

Ji Chang-wook's character Kwon Yoo is a top leader in Manipulated City, who leads the resurrection of his team, however is a mediocre jobless man in real world.

After he was fabricated as a murderer by someone, Kwon Yoo (Ji Chang-wook) changes into a different person little by little. Ji Chang-wook will shed off his sophisticated and urban image and show off his various sides from an average man in his 20s to someone with tough energy.

"Ji Chang-wook with shocking makeup still looks clean-cut"
by HanCinema is licensed under a Creative Commons Attribution-Share Alike 3.0 Unported License.
Based on a work from this source