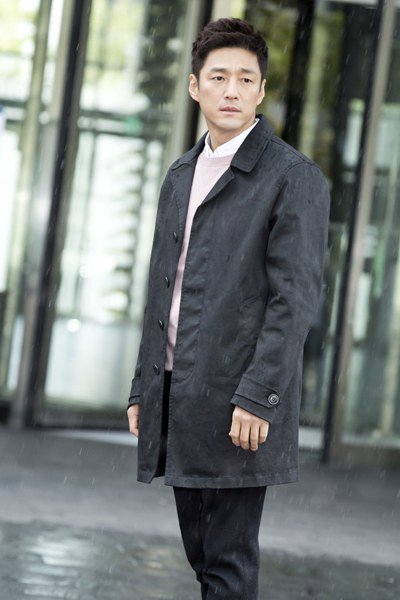 Ji Jin-hee was cursed at one point and received cold looks for the reason that he's a cheater in the drama. Now it's the other way around.

Female fans are crazy about this married 40 something year old actor because of his role of Choi Jin-eon in the SBS weekend drama "I Have a Lover".

In the beginning, he abandoned his pleading wife and cheated with a colleague of his and this earned him much criticism but now the story revolves around him.

Things have turned around now.

Ji Jin-hee said, "I met a group of ladies in the elevator of my apartment a few days ago and they looked at me differently. They told me they were watching my drama. Even my wife scolded me for cheating in the drama but now she enjoys it".

Ji Jin-hee's divorced wife (Kim Hyun-joo) loses her memory to an accident and becomes an innocent woman which reminds him of how they used to passionately love. He begs her to take him back and stares into her eyes. The atmosphere is completely different.

"He only loves one woman. He was fed up of Kim Hyun-joo's change as she was tired of reality too and it just so happened that his colleague was by his side. I hoped the truth wasn't distorted.

About his romantic performance, Ji Jin-hee said, "Working with your partner is important".

"I had a mental conflict with Lee Gyu-han even before we started filming. I asked myself what I was doing. I am very engrossed in my role but Kim Hyun-joo is also helping me well".

Ji Jin-hee has added another classic to his name. The first classic under his name is "Dae Jang Geum" and now "I Have a Lover".

"I can't say "Dae Jang Geum" is my drama. I did what producer Lee Byeong-hoon asked me to do. I did a lot of talking with the cast and the producer. I don't know how to act out romance, but I am getting better at it and I will get even better. It's not easy for someone my age to be in a romantic drama".

Ji Jin-hee wants to be in a romantic drama even after he's aged. To do that he needs to manage himself. He says he wakes up every morning to work out even though he's tired to death.

"Ji Jin-hee, "People look at me differently now""
by HanCinema is licensed under a Creative Commons Attribution-Share Alike 3.0 Unported License.
Based on a work from this source