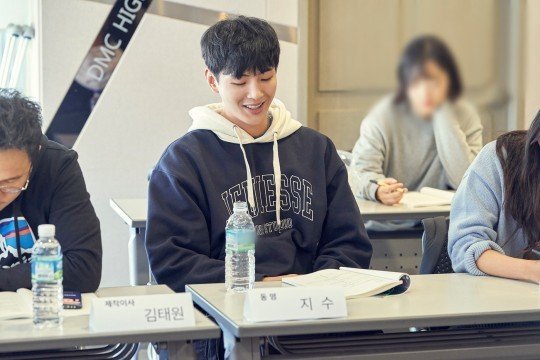 Actor Ji Soo is lead starring in the Kakao M Original drama "Amanza" and attempting at setting his lifetime character.

In a recent script reading, Ji Soo deeply digested the emotional changes of a young man who is diagnosed with terminal cancer. His delicate facial expressions, which capture complex emotions, raise expectations for a new lifetime character.

Ji Soo takes on the role of a young 27 year-old job applicant who has terminal cancer. He prepares to part with his family and friends while painfully battling the disease.

Based on the webtoon of the same name written by Kim Bo-tong, "Amanza" is a human fantasy drama that searches for the meaning of life by going back and forth in a dream world where painful reality and exciting adventure are unfolded.

The work will be made into digital content tailored to the mobile viewing environment and released within the year through a new video platform based on Kakao Talk.

"Ji Soo Attempts a New Character in "Amanza""
by HanCinema is licensed under a Creative Commons Attribution-Share Alike 3.0 Unported License.
Based on a work from this source