Ji Sung, "Learning how to cook for Lee Bo-young" 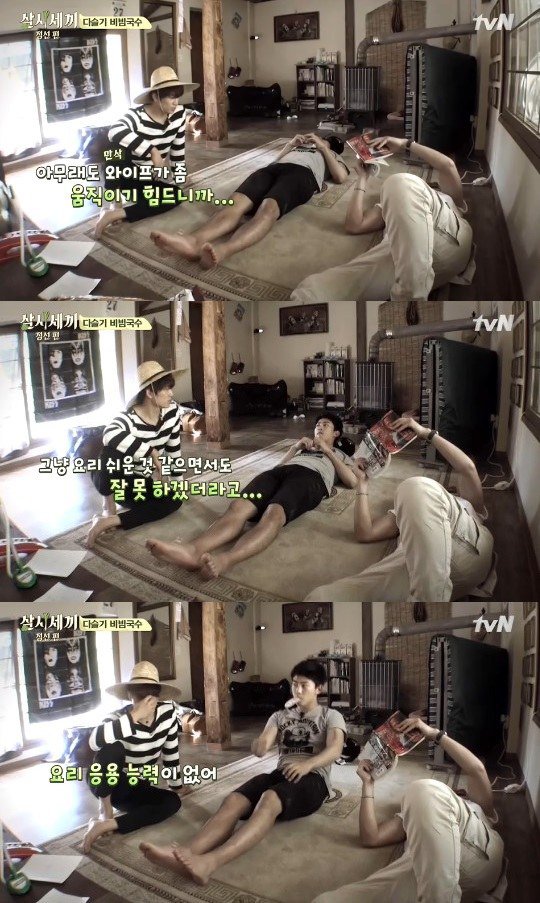 Ji Sung, who guest starred in 'Three Meals A Day', said he was learning how to cook for his wife, Lee Bo-young.

On the fifth episode of tvN's 'Three Meals A Day – Jeongseon', Ji Sung in the middle of cooking told Ok Taecyeon, "I respect you" and "When I become confident with cooking, I'll come again and cook something nice for you".

Prior to this scene, Ji Sung told Lee Seo-jin and Ok Taecyeon, "I am not good at cooking. But I'm learning these days, because it's become difficult for my wife to move around". He also added, "Cooking seems to be easy generally. But it's hard for me. I don't have the ability to get creative with recipes".

Ji Sung's Lee Bo-young is due in June.