[JIMFF] "I only talk about today and tomorrow", says Kim Soo-chul 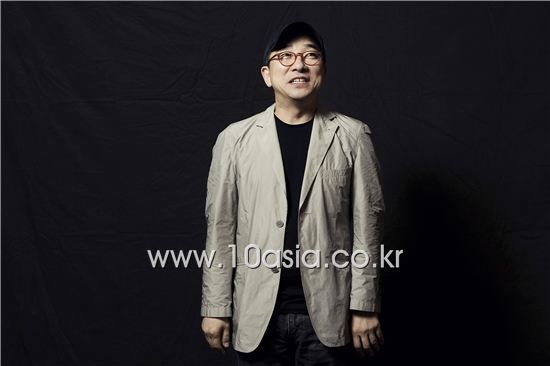 "I'm just doing what I like to do, I don't want to judge or make conclusions about myself". This was the response given by Kim Soo-chul, winner of the Jecheon Film Music Award at this year's 6th Jecheon International Music & Film Festival, when asked if he thinks of himself as a rocker. There are people like him - great men who cannot be defined by a single concept. That is why the following interview does not express who he is in his entirety. But you will be able to presume how big of a person he is inside.

10: Congratulations on your Jecheon Film Music Award win.
Kim Soo-chul: I'm honored. I've won at the Daejong Film Awards and Blue Dragon Film Awards before but I would like to express my gratitude as a musician for receiving this sort of award at a music and film festival.

10: You've done all sorts of work regarding music. What significance does film music have for you?
Kim: You need to study into other genres to do film music because for example, the music for a historical drama and love story has to be different, right? And that way, you can do whatever it is that the director needs. It becomes an opportunity to study a deep and wide range of music.

10: Is that how you got into film music?
Kim: At first it was just because I liked it. I made a short film after saving up money with my friends. And that's when we did the music for the film. That's also when I first studied Korean traditional music. And for fun, we once submitted a film to a French film festival for teenagers but it made it to the finals. That's when I realized I should use Korean music for film music and it sparked my curiosity to study it.

10: Isn't is easier now since you've been studying it for a long time?
Kim: You see more things you can do the more you study it. My thoughts are deeper and on a broader range than they used to be so the product has to be that much better. I don't talk about yesterday. Only about today and tomorrow. That's why there's no stopping until the day I die.

"[JIMFF] "I only talk about today and tomorrow", says Kim Soo-chul"
by HanCinema is licensed under a Creative Commons Attribution-Share Alike 3.0 Unported License.
Based on a work from this source