Jin Goo Back in Spotlight with Hit TV Soap 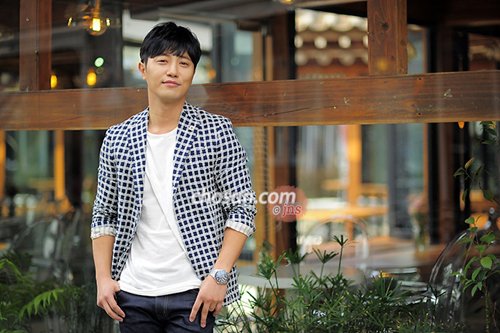 Jin Goo is back in the spotlight thanks to his role in the hugely popular TV series "Descendants of the Sun".

Jin plays a character who has captured women's hearts with his love for one woman and has earned even more fans through his masculinity.

The actor grew up with films and naturally was led to a life of acting thanks to his father who has worked as a cinematographer on over 50 films.

Jin recalled that he realized the spellbinding power of acting when he appeared in the hit TV series "All In" in 2003.

"My popularity at the time was intense but it slipped away briefly", Jin said. "I left Korea for a while, but when I came back, there was no place for me anymore. It took another three years until I found some impressive roles".

"Typically people think of me as a tough guy, but I also have a gentle side", he said. "I was able to reveal that side of myself and learned a lot about acting from my melodramatic role in 'Descendants of the Sun.'"

"Jin Goo Back in Spotlight with Hit TV Soap"
by HanCinema is licensed under a Creative Commons Attribution-Share Alike 3.0 Unported License.
Based on a work from this source