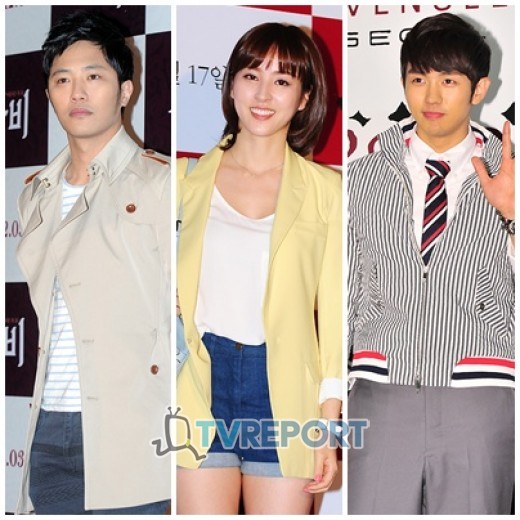 Actor Jin Goo, actress Han Hye-jin an 2AM's Im Seulong are getting together for "26 Years".

Based on an original by Kang Full, this movie contains the contents of the Gwangju Democratization Movement killing the president who was responsible for everything that happened then.

Jin Goo's agency said, "Jin Goo has confirmed to star in "26 Days"and is waiting for a crank in".

Han Hye-jin's agency said, "Han Hye-jin will appear as a former shooter of the national team".

Im Seul-ong will also play a heavy part in the movie. He is a policeman in the movie and this will challenge him to real acting.

"26 Years" had difficulties in finding investors and distributors but this has currently been solved. Directed by Jo Geun-hyeon and to be released in November.

"Jin Goo, Han Hye-jin and Im Seulong to star in "26 Years""
by HanCinema is licensed under a Creative Commons Attribution-Share Alike 3.0 Unported License.
Based on a work from this source