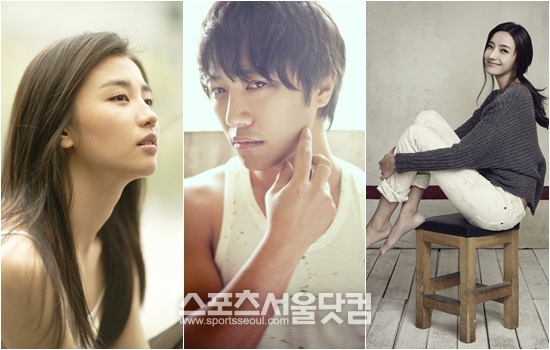 "Ad Genius Lee Tae-baek" is based on the advertising world which has never been used as a drama source before. This drama brings out the passion and lives of those people in this industry.

The genius and characterized art director Lee Tae-baek will be played by Jin Goo. This character overcomes his educational hardships and becomes the rising star of the advertisement, giving dreams and hopes to the youths of this generation in the process. Park Ha-sun takes on the role of Baek Ji-yoon a copy writer intern. She is hard working in everything and happens to get involved with Lee Tae-baek. She struggles to achieve love and work all together.

Han Chae-young takes on the role of Ko Ah-ri, the advertisement executive who is beautiful and made up of talent. She is a realist who will give up on love for her dreams.

Lemon Rain, the production responsible for "Ad Genius Lee Tae-baek" claims, "There will be new things to discover about Jin Goo, Park Ha-sun and Han Chae-young. The different colors of these different characters should create a synergy effect and add life to the drama. The way to one's dreams and achieving from it should also support the viewers".

"Jin Goo, Park Ha-sun and Han Chae-young to star in "Ad Genius Lee Tae-baek""
by HanCinema is licensed under a Creative Commons Attribution-Share Alike 3.0 Unported License.
Based on a work from this source