Jin Goo, "Why was I the only Alpha team member who didn't take off shirt? I'm sorry" 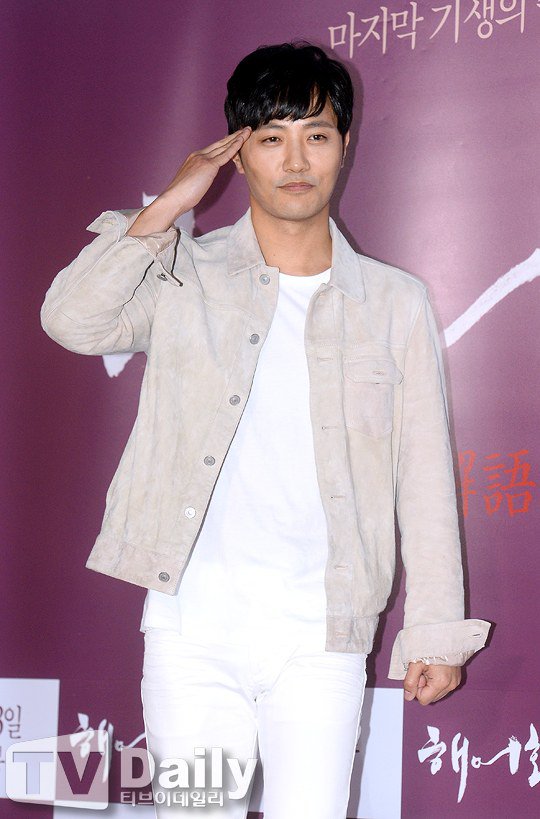 Jin Goo said, "I'll be watching the finale of 'Descendants of the Sun' in China, I've been invited to China, so I'll be there when watching the last episode".

He added, "When I was a new actor, I've been to China. It was when I appeared in "All In". It reminds me of the time".

As the show hostess Park Kyung-rim asked him "Why were you the only one who didn't take off shirt among all other Alpha team members?" Jin Goo jokingly answered, "It's a differentiation. I'm a boss after all".

However, Jin Goo revealed, "It was so cold in Taebaek. It was a measure to protect actor. They didn't let me take off my shirt" and "I'm sorry. Next time, I'll volunteer to take off my shirt". His witty comment brought laughter to the studio.

"Jin Goo, "Why was I the only Alpha team member who didn't take off shirt? I'm sorry""
by HanCinema is licensed under a Creative Commons Attribution-Share Alike 3.0 Unported License.
Based on a work from this source