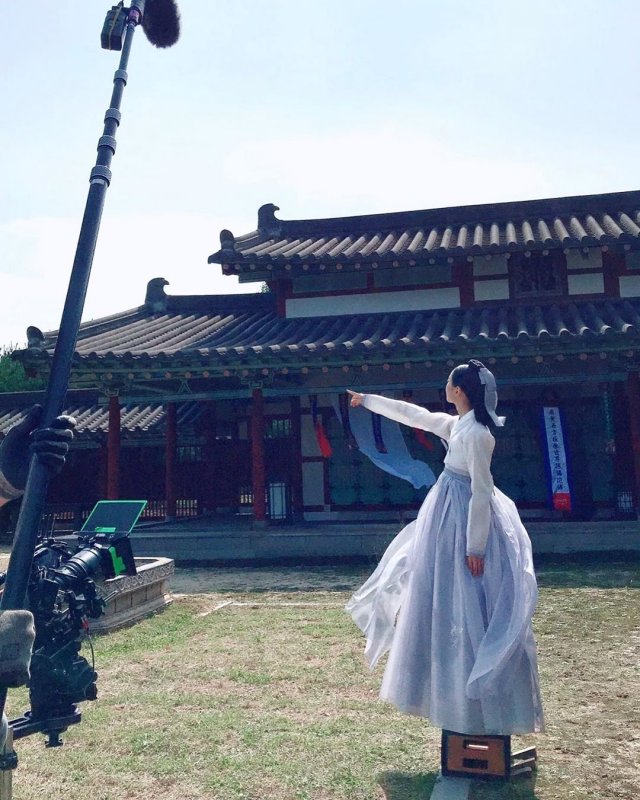 She recently posted a picture on her Instagram, with information about the drama.

Co-star Lee Si-eon left a comment on the picture, and so did other fans.

Jin Se-yeon is 26 years old this year. She debuted through the drama "It's Okay, Daddy's Girl" and further starred in "The Duo", "My Daughter, Flower" and "Bridal Mask".

She built her filmography further with "Five Fingers", "Inspiring Generation", "Doctor Stranger", "The Flower in Prison" and "The Item". Her lovely and innocent appeal has led to the drama "Queen: Love and War".

"Queen: Love and War" is a fantasy sageuk made up of 16 episodes. The story focuses on a war which only has space for a queen and no minister or loyalty. A woman tries to become queen to find the killer of her twin sister and a king sees her in his precognitive dreams in this survival drama starring Jin Se-yeon, Kim Min-kyu, Do Sang-woo, Lee Yeol-eum, Lee Si-eon and more.

The drama broadcasts every Saturday and Sunday at 10:50PM on TV Chosun.

"Jin Se-yeon Shares Photo of "Queen: Love and War" on Instagram"
by HanCinema is licensed under a Creative Commons Attribution-Share Alike 3.0 Unported License.
Based on a work from this source