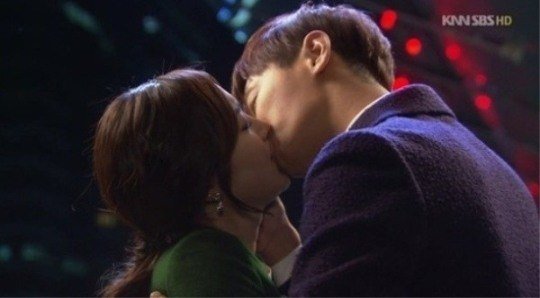 She was asked a question about the kiss scene with Ju Ji-hoon and said, "He knew I was really shy so he was considerate".

"I was so embarrassed when the director told me I looked like a statue after the scene, but Ju Ji-hoon told him it was his fault".

"Jin Se-yeon, "The kiss scene with Ju Ji-hoon...""
by HanCinema is licensed under a Creative Commons Attribution-Share Alike 3.0 Unported License.
Based on a work from this source