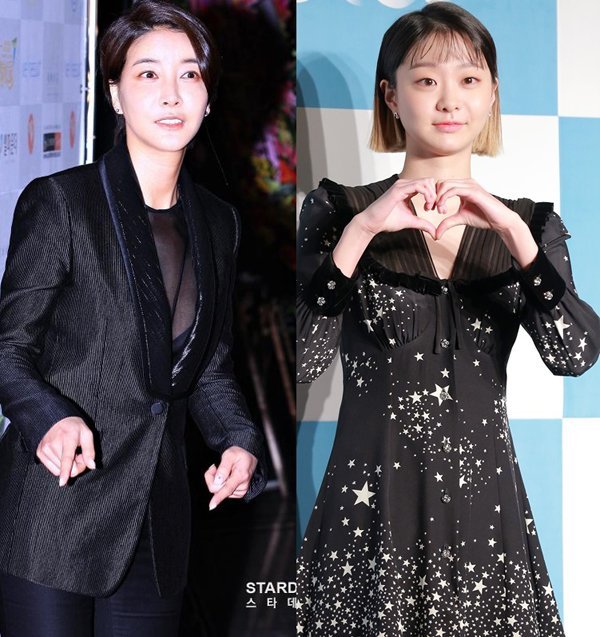 The 'strong eonnis' (older sisters) are bringing out their true colors in dramas.

Jin Seo-yeon, who left a strong impression in "Believer", and Kim Da-mi, the heroine of "The Witch : Part 1. The Subversion", have viewers in their grasp with their solid acting and strong immersion.

Jin Seo-yeon returns with the OCN drama "Tell Me What You Saw" in a charismatic role.

The actress formed a good reputation with the 2018 movie "Believer" and although this is her first drama in 5 years, she's got the spotlight on her as a creditable actress.

"Tell Me What You Saw" is a suspense thriller about a genius profiler who loses everything and a detective who remembers everything she sees once, tracking down a serial killer. Jin Seo-yeon talks on the role of Hwang Ha-yeong, the chief of the metropolitan investigation team, the most powerful woman who has been in key posts in the police, including the task force and the investigation department in intelligence-related crimes.

On the outside she has prepared herself to look more like a tough detective than a traditionally feminine beauty and on the inside, Hwang Ha-yeong is determined to keep her cool and not be daunted, making her character well-received.

She plays alongside Choi Soo-young, who is in the role of Cha Soo-yeong and her role is to design the whole scale of a plant to capture a criminal that is everyone's target. The 'cool leadership' displayed by Jin Seo-yeon adds to the entertainment of the drama.

Kim Da-mi appeared in her first commercial film "Marionette" in 2018 and then again in "The Witch : Part 1. The Subversion" that following June in the title role.

Kim Da-mi meets a new character in "Itaewon Class", which is about to become one of her best characters ever.

Jo I-seo is a sociopath and a genius with an IQ of 162. She's attractive and she has short hair dyed in two different colors. She's a multi-talented influencer with a hip look and style, making her unique.

She's officially made an appearance in the drama since the third episode and she's been aggressive by throwing slaps here and there and kissing Park Seo-joon unexpectedly. Her character has never been seen before and is more anticipated as the drama unfolds.

"Jin Seo-yeon and Kim Da-mi's 'Strong Eonni' Characters Take Over Dramas"
by HanCinema is licensed under a Creative Commons Attribution-Share Alike 3.0 Unported License.
Based on a work from this source