Jo An: 'I Did My Best to Get Rid of My Pretty Face' 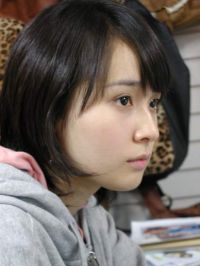 In a news conference on June 15 after the premiere of the movie "Bronze Medalist", actress Jo An said she tried her best to get rid of her pretty looks. Jo plays a heavyweight lifter in the movie who competes for the gold medal in the Olympics against all odds. She said, "After being on TV for a long time, I've acquired a habit of looking pretty. But I tried to appear the opposite way for the movie".

Jo gained 7 kg for the movie to better portray her role. She said, "When I showed the photos of me looking big, Park Yong-woo said I didn't look ugly enough. So I did my best to look as ugly as possible". "Bronze Medalist" is a movie about heavyweight lifting coach Lee Ji-bong (played by Lee Beom-soo), who was once an Olympic bronze medal winner but had to work as a bar waiter because of an injury, and later took a job as a coach at a junior high school for girls. It is based on a real-life story about students from a rural area who won gold medals at a national competition.

Lee Beom-soo, whose first sports movie was "Mr. Gam's Victory", said "Bronze Medalist" was probably the first movie to deal with heavyweight lifting, and that he had accepted his role because of the freshness of the subject and because he was moved by the movie's script.