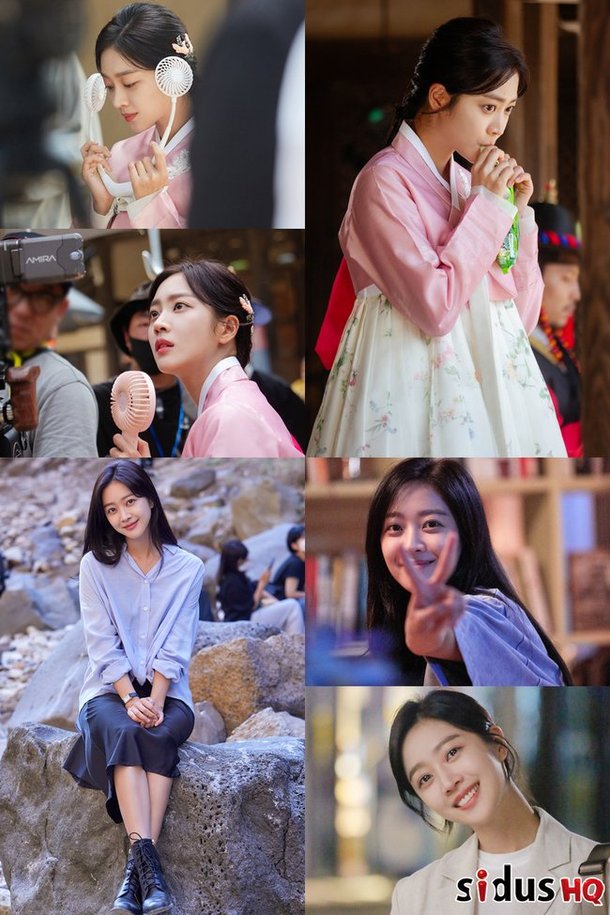 The tvN drama "Tale of the Nine Tailed" leading actress Jo Bo-ah was spotted going around the set, enjoying herself.

In the pictures released on the 29th of October, Jo Bo-ah is wearing a lovely pink Hanbok and holding a fan in her hand to beat the heat. Her items are various as she has one that she can hold in her hands, one to put around her neck and even ice cream she can eat.

Also, the scene of posing and making eye contact on the side of the filming site reminds people of a beach pictorial and her V pose is full of unique energy as soon as she sees the camera.

"Jo Bo-ah's Behind-the-scenes on "Tale of the Nine Tailed""
by HanCinema is licensed under a Creative Commons Attribution-Share Alike 3.0 Unported License.
Based on a work from this source