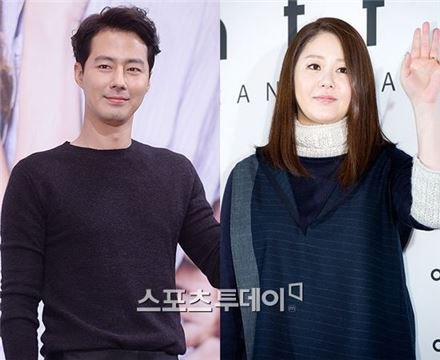 Actress Go Hyun-jung and actor Jo In-sung were seen at an airport in Japan but they denied the scandal.

A media reported on the 13th that a netizen in Japan witnessed the two of them casually went around the airport and in the cities of Japan.

The witness said, "They didn't mind that Korean people were recognizing Jo In-sung and Go Hyun-jung. They were to unaware of people that it's impossible to say they are in a romantic relationship".

Jo In-sung and Go Hyun-jung were spotted in a Japanese airport on the 10th and scandal broke out that they were seeing each other.

However, I-OK Company claimed that the two ran into each other at the airport.

"Jo In-sung and Go Hyun-jung deny scandal"
by HanCinema is licensed under a Creative Commons Attribution-Share Alike 3.0 Unported License.
Based on a work from this source