Jo In-sung cries until the end 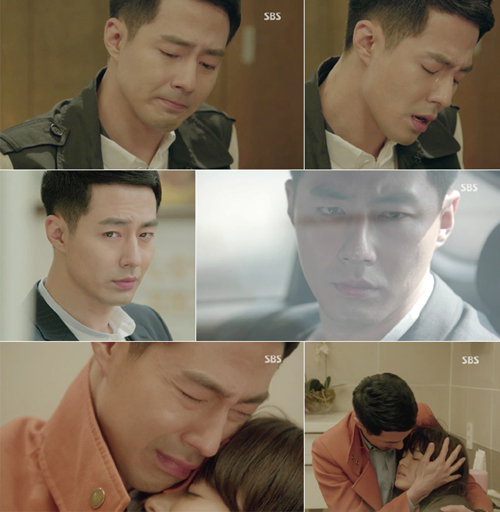 Actor Jo In-sung around tears in everyone.

On the fifteenth episode of the SBS drama "That Winter, the Wind Blows" Jo In-sung acted out the character of Oh Soo who couldn't control the sadness after breaking up with Oh Yeong (Song Hye-kyo).

Jo In-sung bit his lips in attempt to hold it in and moved the viewers' hearts as he expressed with his body the sorrow he felt.

He struggled not to let go of anything of Oh Yeong and expressed happiness at the fact that he was happy enough to see her from far away at least although he couldn't get close.

Oh Soo's sincere narration and the way he tried to wake Oh Yeong passed out in the bathroom came out in a mixture of feelings, sorrow being the main one and he used up the last 2 minutes of the episode with full blasted emotions.

Meanwhile, "That Winter, the Wind Blows" has one more episode to go and the previous scene ended with Oh Soo discovering Oh Yeong on the bathroom floor.

"Jo In-sung cries until the end"
by HanCinema is licensed under a Creative Commons Attribution-Share Alike 3.0 Unported License.
Based on a work from this source