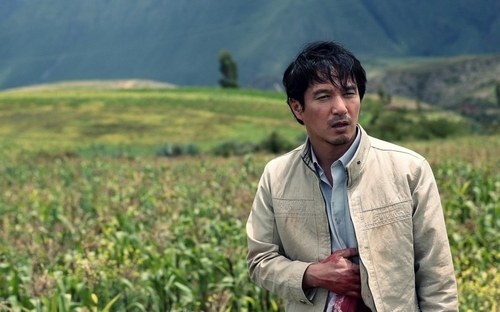 This time it's a kidnapper!

Actor Cho Jae-hyun has been cast for the upcoming MBC weekend drama "Scandal".

"Scandal" is about a father who loses his son to a building crash and kidnaps the son of the man who caused it. The son then grows up to find out that his father is not only not his father but also a kidnapper.

"Cho Jae-hyun, in "Scandal" as Kim Jae-won's father"
by HanCinema is licensed under a Creative Commons Attribution-Share Alike 3.0 Unported License.
Based on a work from this source