Jo Min-ki and Do Ji-won in "Golden Rainbow" 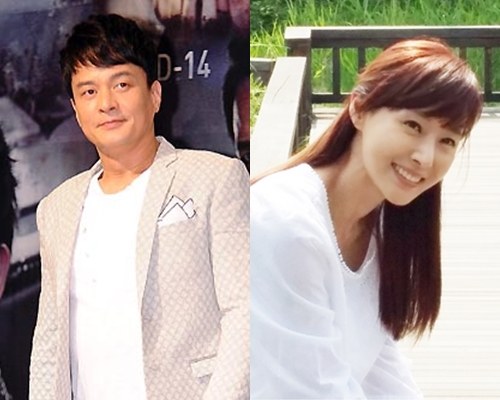 Actor Jo Min-ki and Do Ji-won are starring in the new weekend MBC drama "Golden Rainbow".

They are starring as Jin-gi and Yeong-hye and will start shooting in early September.

Jo Min-ki's role of Jin-ki is an orphan along with Han-joo (Kim Sang-joong) and gets a job at Golden Marines, where Yeong-hye is but gets remarried to Mi-rim, daughter of the chairman for his success. Yeong-hye is an unfortunate female who gets married with the heir to Golden Marines to escape from poverty, but her husband dies and her daughter is taken away from her.

Do Ji-won, Jo Min-ki and Kim Sang-joong are in a three-way relationship.

Meanwhile, "Golden Rainbow" is about seven siblings from the same orphanage creating success. The cast includes Kim Yoo-jung, After School UEE and more. It will be broadcasted in November.

"Jo Min-ki and Do Ji-won in "Golden Rainbow""
by HanCinema is licensed under a Creative Commons Attribution-Share Alike 3.0 Unported License.
Based on a work from this source