Jo Se-ho Is a Fan at Yoo Yeon-seok's Fanmeet 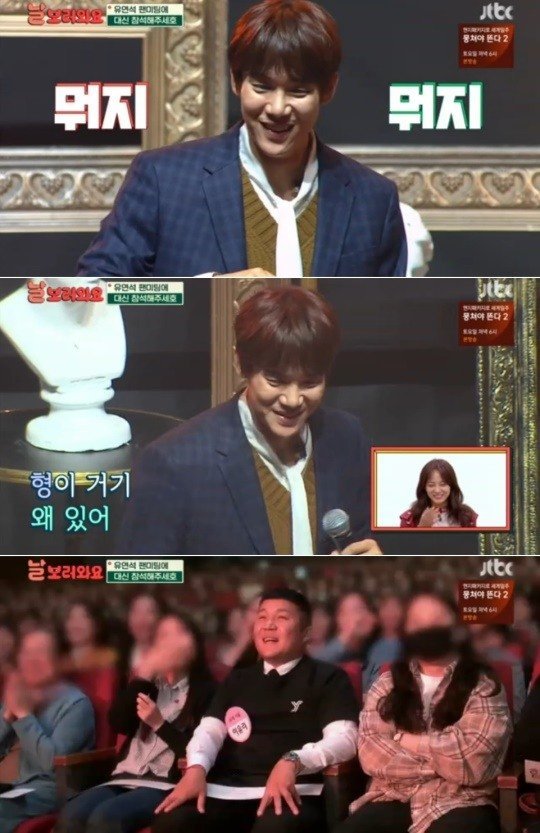 Yoo Yeon-seok laughed when he saw Jo Se-ho pretending to be a fan at his fan meeting.

Jo Se-ho, known for to missing out on events he's been invited to, was asked to take part in Yoo Yeon-seok's fan meeting.

At the beginning of the fan meeting, Yoo Yeon-seok appeared singing a song, but didn't see Jo Se-ho. Then he was greeting his fans and saw Jo Se-ho sitting where a fan should have been. When he found out what happened, he said, "I was so surprised, but thank you". He reenacted a scene from the musical "Hedwig" and gave Jo Se-ho a kiss on the forehead kiss. Jo Se-ho also proved that he bought many goods for Yoo Yeon-seok's fan meeting.

"Jo Se-ho Is a Fan at Yoo Yeon-seok's Fanmeet"
by HanCinema is licensed under a Creative Commons Attribution-Share Alike 3.0 Unported License.
Based on a work from this source