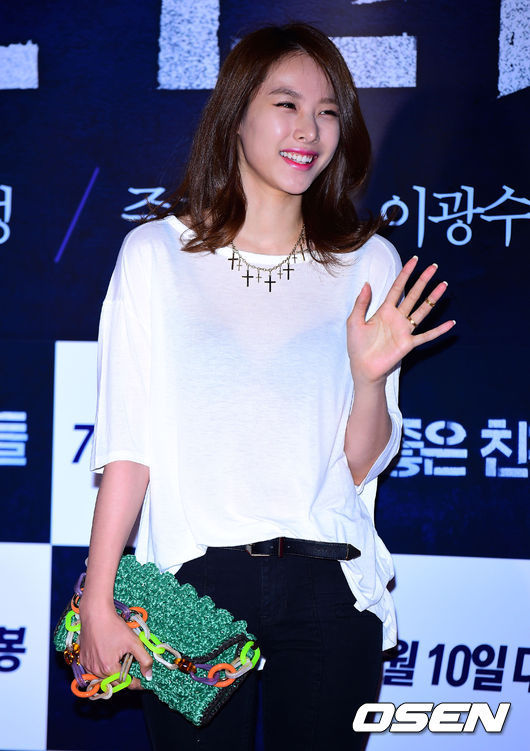 Jo Yoon-hee's agency King Kong Entertainment said on January 19th, "Actor Jo Yoon-hee has been cast for 'The Joseon Magician', which is a highly anticipated film in 2015. She will show unexpected qualities unlike the typical sweet aspects of hers".

Jo Yoon-hee will play the role of a beautiful blind kisaeng, older sister of the Joseon's top magician, Whan-hui (Yoo Seung-ho) who grew up with him since childhood and is excellent at embroidery as well as a great conversationalist.

'The Joseon Magician' is directed by Kim Dae-seung of ' Bungee Jumping of their Own', 'Blood Rain', and "The Concubine" and is a movie about Joseon's top magician who falls in dangerous love and becomes engaged in tremendous conspiracy, which leads him to go against his destiny.

Jo Yoon-hee has been loved for her sweet and lovely roles in KBS 2TV drama 'My Husband Got a Family', tvN drama 'Nine: Time Travelling Nine Times', and MBC drama "Scandal"

She also showed good performance in the movie, "The Con Artists", with her role, Eun-ha, a beautiful and intelligent staff in an art gallery.

Since Jo Yoon-hee has emerged as "Queen of historical drama" for her role in KBS 2TV drama, "The King's Face", she is again anticipated to outperform the expectation on her.

"Jo Yoon-hee joins Yoo Seung-ho in 'The Joseon Magician'"
by HanCinema is licensed under a Creative Commons Attribution-Share Alike 3.0 Unported License.
Based on a work from this source