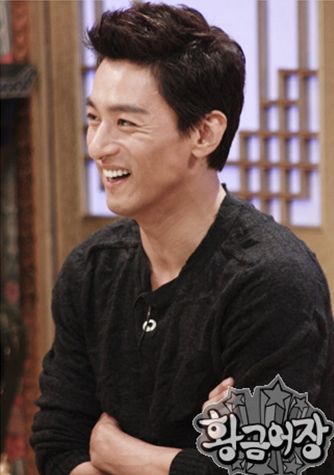 Actor Joo Jin-mo has said that he felt that top Chinese actress Zhang Ziyi liked him when the two were co-stars for Korean film "Musa" almost ten years ago.

Joo made the remark on a pre-recorded session of MBC talk show "Golden Fishery - Knee Drop Guru" which went on air Wednesday, starting his explanation with "If I had known Zhang Ziyi would turn out like this... why did I".

The 36-year-old then went on, saying that he had become close with the Chinese starlet while in China to learn the country's language ahead of going into shoot for "Musa".

"We couldn't communicate directly so we always had an interpreter with us but she introduced me to a massage shop where we got massages together when I got hurt from an accident and she would even pay for them", Joo reminisced. "She sometimes even came to my room and played games".

Then when the show's host Kang Ho-dong asked whether he thought Zhang had been interested in her, Joo responded smilingly, "I felt it although she never expressed it. This too may just be a misunderstanding on my part".

He then confessed that he too thought she was cute and attractive but he did not think more at the time because he had a girlfriend.

Born Park Jin-tae, Joo has starred in numbers of films and dramas since his debut in 1996, most notably movies "200 Pounds Beauty" opposite actress Kim Ah-joong and "A Frozen Flower" alongside actor Jo In-sung for which he won the award for best male actor at the Baeksang Arts Awards last year.

"Joo Jin-mo thinks Zhang Ziyi liked him"
by HanCinema is licensed under a Creative Commons Attribution-Share Alike 3.0 Unported License.
Based on a work from this source