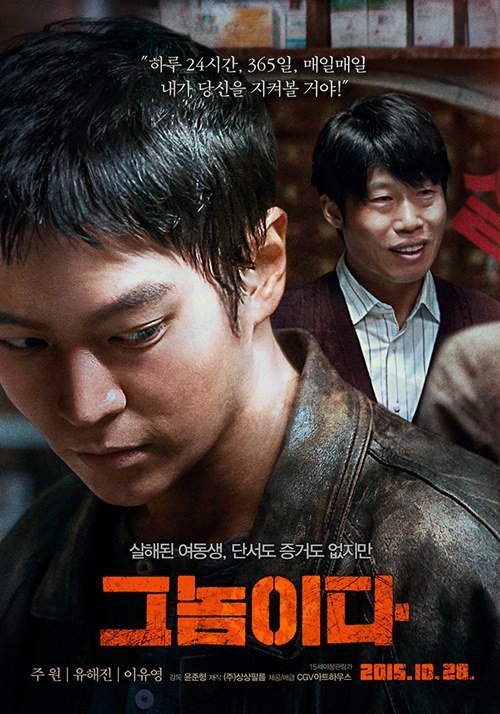 Joo Won, Yoo Hae-jin and Lee Yoo-young's "Fatal Intuition" beat "The Phone" and is in the lead.

According to the Korean Film Council, "Fatal Intuition" which was released on the 28th came in first of the Box Office with a total of 97,182 audiences.

"Fatal Intuition" is about a man who lost his sister getting the help of a girl who predicts the future to track down the killer. It's based on a true motive and the movie is intense with the outstanding performance of the cast.

Joo Won plays the brother Jang-woo while Yoo Hae-jin is a suspect named Min Yak-guk, Lee Yoo-yeong is the girl who predicts the future and Ryu Hye-yeong is Jang-woo's sister Eun-ji.

"Joo Won and Yoo Hae-jin's "Fatal Intuition" beats "The Phone""
by HanCinema is licensed under a Creative Commons Attribution-Share Alike 3.0 Unported License.
Based on a work from this source