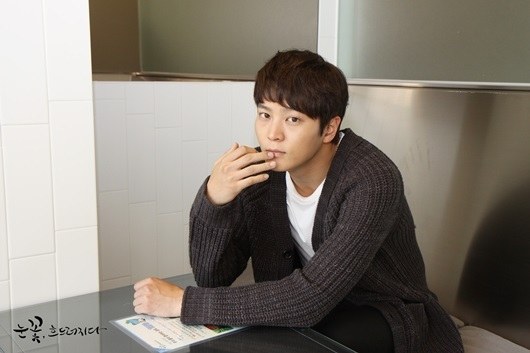 Actor Joo Won has been running the race without a break and he claims he feels good on-site.

"It's only right to take a break when you are tired and need rest but I can't imagine resting".

"I was supposed to start my musical practice the day after the last filming of "Good Doctor". I know I did this to myself but I actually felt like asking if I could take a few days off".

"However, I was already two weeks later than everyone so that wouldn't have made sense. I started practicing right away but it's fun. I am alive when I am on site".

"I can't imagine take a couple months off. I don't know. I could learn to like it but it'll have to happen for me to feel it".

Meanwhile, Joo Won has been endlessly starring in dramas and movies as well as musicals including the most recent "Good Doctor", "My Girlfriend is an Agent", "Bridal Mask", "Love, Bread and Dreams" and others for four years straight.

"Joo Won, "I like being on scene""
by HanCinema is licensed under a Creative Commons Attribution-Share Alike 3.0 Unported License.
Based on a work from this source