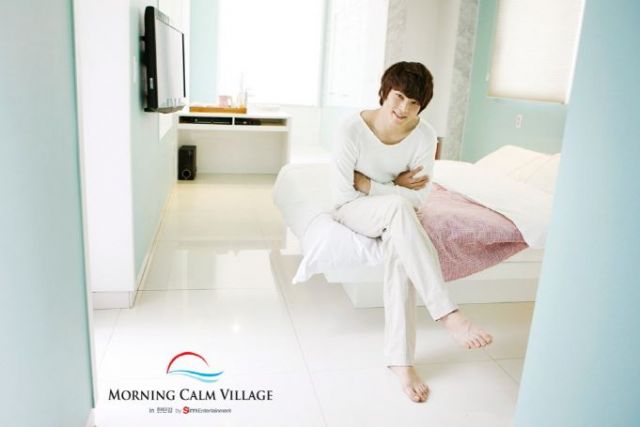 Joo Won takes on the role of a pediatric resident Park Si-on. In the human medical drama "Green Mass", Park Si-on is the son of a minor who was abusive and therefore Si-on suffers autism and development disability but is taken care of at a health center and not a children's facility.

This is because of Si-on's genius mind called the savant syndrome (showing outstanding perspective for the human body and long term memory). Director Choi senses the genius in Si-on and becomes his supporter, developing him into pediatric resident. However, Si-on's personality development disability is the problem. He's suffering various disabilities but he's sure about his right's and wrong's.

Park Si-on is a pure and untainted soul. He's also got the heart of a bright child and has a warm heart which cares for people. Joo Won was attracted by this fact that made him take on this role.

Joo Won's agency claims, "Joo Won is able to expand his spectrum through this role. He should do well as he is very responsible for his duties".

"Joo Won leads in KBS "Green Mass""
by HanCinema is licensed under a Creative Commons Attribution-Share Alike 3.0 Unported License.
Based on a work from this source