Joong-ki and Gwang-soo, Song Joong-ki's love for the Prince of Asia 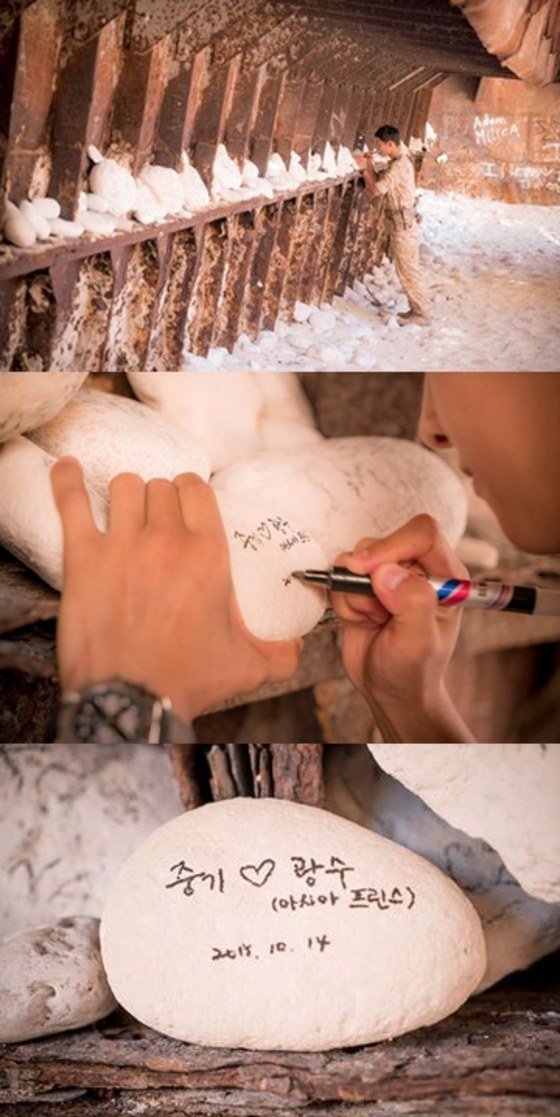 On the Facebook of production company NEW, several pictures came up saying, "Captain Yoo, what are you thinking about next to Doctor Mo-yeon?"

The pictures are of Song Joong-ki writing 'Joong-ki ♥ Gwang-soo (the Prince of Asia)' on a rock.

Meanwhile, Song Joong-ki is starring in "Descendants of the Sun" as Yoo Si-jin with Song Hye-kyo as Kang Mo-yeon every Wednesday and Thursday.

"Joong-ki and Gwang-soo, Song Joong-ki's love for the Prince of Asia"
by HanCinema is licensed under a Creative Commons Attribution-Share Alike 3.0 Unported License.
Based on a work from this source