Ju Ji-hoon and Ham Eun-jung to host the JIMFF 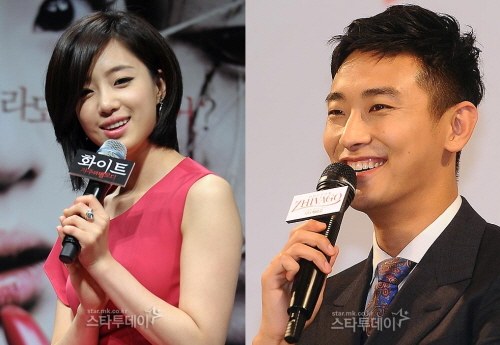 Actor Ju Ji-hoon and Tiara's Ham Eun-jung are acting as hosts for the opening ceremony at the Jecheon International Music Film Festival.

JIMFF announced this fact on the 8th that Ham and Joo will be hosting the opening of the 9th JIMFF this 14th.

Ju Ji-hoon has been active in various areas of dramas and movies since his debut in "Princess Hours". He has recently been cast for the new MBC drama "Medical Top Team".

Ham Eun-jung debuted with Tiara in 2009 and was known for songs like "Bo-Peep". She starred in movies "The World of Silence" and "Death Bell".

The two will prepare a special duet stage for the opening event, singing the song "Falling Slowly" which is the OST for the movie "Winds".

"Ju Ji-hoon and Ham Eun-jung to host the JIMFF"
by HanCinema is licensed under a Creative Commons Attribution-Share Alike 3.0 Unported License.
Based on a work from this source