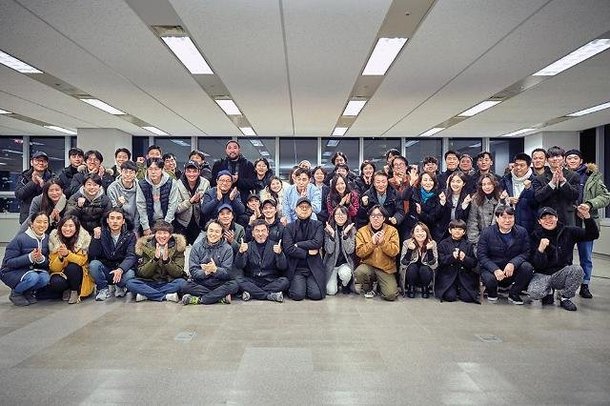 "Kingdom - Season 2" is a Joseon historical drama about zombies. When the king awakes from his illness, Prince Lee Chang (Ju Ji-hoon) is called a traitor. He heads far south to find the source of what made the king ill, but the number of people catching the illness and becoming monsters (zombies) grows exponentially.

Prior to filming, director Kim Seong-hun, writer Kim Eun-hee-I, Ju Ji-hoon, Ryu Seung-ryong, Bae Doona and the other cast members as well as new comers Park Byung-eun and Kim Tae-hoon gathered for the script reading and the ceremonial event.

Everyone was passionate and enthusiastic during the reading and everyone wished for all the best during the ceremonial event.

"Kingdom - Season 2" was released worldwide on Netflix and it brought about a zombie wave in Korea while it caused a K-Zombie and 'gat' syndrome overseas. The whole world is looking forward to the second season of "Kingdom - Season 2".

"Kingdom" season 1 can be seen on Netflix now.

"Ju Ji-hoon, Bae Doona and Ryu Seung-ryong's "Kingdom - Season 2" Begins Filming "
by HanCinema is licensed under a Creative Commons Attribution-Share Alike 3.0 Unported License.
Based on a work from this source