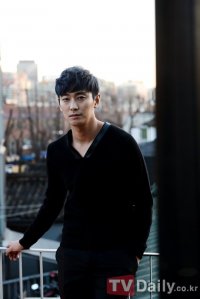 According to the production company on the 17th, Ju Ji-hoon will play the "Antique" owner Jin Hyuk who becomes the perfect salesmen with his speech skills, while Kim Jae-wook will play the genius patissier Son Woo to mark his silver screen debut.

"Antique" is the story of love and friendship of four men set in an antique shop that is renovated into a cake shop and is scheduled to be released on screen during the first half of next year.

"Ju Ji-hoon to star in "Antique" directed by Min Gyoo-dong"
by HanCinema is licensed under a Creative Commons Attribution-Share Alike 3.0 Unported License.
Based on a work from this source